On the current trajectory, annual flows of plastic into the ocean could nearly triple by 2040, equating to 29 million metric tons of plastic leakage into the oceans at the cost of US$100 billion to the global economy. This is according to a groundbreaking report by The Pew Charitable Trusts and SYSTEMIQ, which employed a comprehensive plastic system modeling tool to create a global analysis that evaluates various strategies to reduce ocean plastic flows and quantifies the associated economic, environmental and social implications of each pathway. The report concludes that the plastic pollution problem can be solved in a generation but requires political leaders, policymakers, business executives, and investors to shift from incremental to systemic change.

On the current trajectory, annual flows of plastic into the ocean could nearly triple by 2040.

Yet the report also leaves room for optimism, showing that in 2040, about an 80 percent reduction in projected annual plastic leakage is possible relative to BAU, without compromising social or economic benefits. But this pathway requires immediate and collective global action.

Unless the plastics value chain is transformed in the next two decades, the compounding risks for marine species and ecosystems, our climate, our economy, and our communities will become unmanageable. But alongside these risks are unique opportunities for governments, businesses, and innovators to lead the transition to a more sustainable world with circular business models and new sustainable materials, the report affirms.

“‘Breaking the Plastic Wave’ comes at a critical time… by providing the evidence base for a way forward, the study convincingly shows the need for system-wide change and urgent action across the entire value chain,” comments Inger Andersen, UN Under-Secretary-General and Executive Director, United Nations Environment Programme (UNEP). “It inspires by demonstrating that projected plastic leakage can be reduced by 80 percent with existing solutions. The next two years will be critical in getting the world on a zero-plastic pollution path. We need to catalyze rapid transition; we need to act now!”

The report claims that plastic pollution can be solved in a generation if all stakeholders shift from incremental to systemic change.“‘Breaking the Plastic Wave’ brings an unprecedented level of detail into the global plastic system, confirming that without fundamental change, annual flows of plastic into the ocean could nearly triple by 2040. To turn the tide on plastic waste and pollution, we need to radically increase our efforts and speed up the transition to a circular economy,” explains Ellen MacArthur, Founder of Ellen MacArthur Foundation.

“We must eliminate the plastics we don’t need, and drastically reduce virgin plastic use. We need to innovate to create new materials and business models based on reuse and refill systems. And we need improved infrastructure to ensure that all plastics we use are circulated in the economy and never become waste or pollution. The question is not whether a circular economy for plastic is possible, but what we will do together to make it happen,” MacArthur says.

“The plastic problem took a lifetime to create and could be solved in a generation. That’s the stark message of ‘Breaking the Plastic Wave,’ a welcome and comprehensive look at what we need to do – at every layer of society – to clean up the mess we are making. Its positive message is that we already have the solutions we need to address the challenge. But we will need to step up with multi-stakeholder coalitions that can tackle each element of the agenda as they are laid out here,” adds Laura Tuck, Vice President for Sustainable Development at World Bank.

As a step towards building that roadmap, The Pew Charitable Trusts partnered with SYSTEMIQ to build on previous research and create this first-of-its-kind model of the global plastics system. The results suggest that there is an evidence-based, comprehensive, integrated, and economically attractive pathway to significantly reduce plastic pollution entering our ocean. The findings of the analysis were published in the peer-reviewed journal, Science, on 23 July 2020. 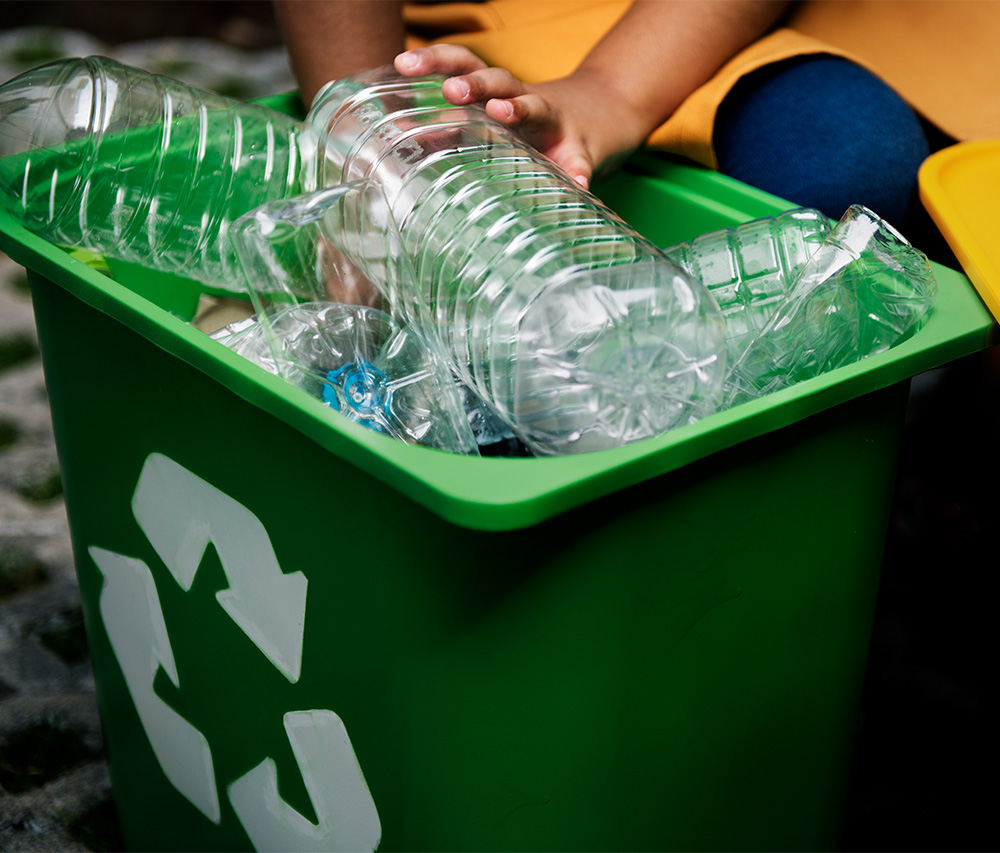 The System Change Scenario is economically viable for governments and consumers, the report affirms.

The System Change Scenario is economically viable for governments and consumers, the report affirms.

The research supporting the report involved 17 experts from across the spectrum of people looking at the plastic pollution problem and provided broad geographical representation. It was undertaken by two independent organizations in collaboration with four partner institutions – the University of Oxford, University of Leeds, Ellen MacArthur Foundation, and Common Seas.

Also, the project team drew upon major publications, analyses, and reports, and consulted more than 100 independent experts, to develop and populate the model. These experts represented the plastic supply chain, academia, and civil society, and neither they nor their institutions necessarily endorse the report’s findings.

“The [report’s suggested] model is already being applied at the national level in Indonesia under the public-private collaboration Global Plastic Action Partnership Our hope is that the results of ‘Breaking the Plastic Wave’ can serve as a map for policy leaders, decision-makers, and businesses in search of solutions to stem the flow of plastic into the ocean. This model can also be updated by stakeholders on an ongoing basis to inform solutions to the plastics pollution problem,” highlight Martin R. Stuchtey Founder & Managing Partner at SYSTEMIQ and Tom Dillon, Vice President & Head of Environment at The Pew Charitable Trusts.