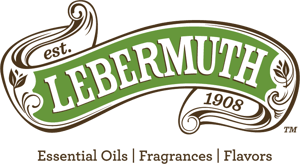 Our Culture Influences Our Perception of Smells

When patrons walk into a shopping mall, they are bombarded with bright, attention-grabbing advertisements as well as enticing (and sometimes obnoxiously loud) music. Some stores add the sense of smell to their arsenal by holding the nostrils of their patrons hostage with smells that can’t be ignored. Interestingly, researchers have concluded that a person’s cultural background determines whether those smells are considered desirable or repulsive.

Researchers based out of the Montreal Neurological Institute and Hospital partnered with researchers based out of the Lyon Neuroscience Research Centre in France in order to conduct a subjective study from subjects in Quebec and France. Although these subjects shared the same language and many traditions, the cultures were different which affected the reactions to the smells.

Six scents were selected for the study. Those scents were anise, lavender, maple, rose, strawberry and wintergreen. Subjects were instructed to smell the scent the first time with the identity of the scent being unknown. The second time the subjects smelled the scent, they were told the name and instructed to rate the scents on the following four criteria: edibility, familiarity, intensity and pleasantness.

The researchers discovered that French and French-Canadian subjects had significant rating differences for the same scents. It was noted that when subjects were familiar enough with a scent that they could identify it by name that the scent was more pleasurable and resulted in higher ratings. This conclusion reinforces that the brain is influenced by the familiarity and knowledge of a scent and not just by its chemical compounds. This result was demonstrated by the cultural differences decreasing and in some cases disappearing once names were provided to the scents.

When it comes to getting a consumer’s attention, retailers spend lots of time and effort determining consumer preferences. Based on this study, retailers would benefit from adding the cultural background of the consumer to the equation.